Despite historically low interest rates since the 2008 financial crisis, lending by U.S. banks has failed to recover to pre-2008 levels due to increased regulation and banks holding excess reserves, according to an expert at Rice University’s Baker Institute for Public Policy. 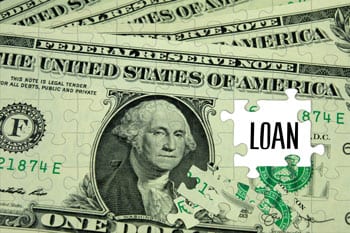 Thomas Hogan, a fellow in public finance, outlined his insights in a new issue brief, “What Caused the Post-crisis Decline in Bank Lending?” The brief compares bank lending to several measures of economic activity and discusses two other factors that affect lending: regulation and changes in the Federal Reserve’s monetary policy. The evidence shows changes in regulation and monetary policy are most responsible, Hogan said.

The U.S. banking system loaned $4 trillion in 2000 and almost $10 trillion by the end of 2017, according to the Federal Deposit Insurance Corp., but Hogan found the growth over that period was not smooth. Lending grew steadily through the early 2000s, but it peaked in mid-2008 during the financial crisis and then declined through 2009. Growth resumed around 2011, but at a slower pace than in the early 2000s. Hogan projects that if the lending trend seen from 2000 to 2008 had continued at that rate, total loans would have exceeded $12 trillion by 2017.

“Recovery from the Great Recession was much slower than expected, possibly due to the lack of bank lending,” Hogan wrote. “After the financial crisis of 2008, bank lending declined not only in absolute terms but also as a percentage of bank assets. While it might be expected that reductions in lending were associated with the sluggish economy, the evidence suggests otherwise. Lending decreased despite the fact that uncertainty was low and loan demand was high.”

“Bank regulations ballooned following the crisis, and several studies provide evidence of their detrimental effects on lending and the banking system,” Hogan wrote. “Since the financial crisis, the Fed’s policy of paying interest on reserves has caused banks to take on trillions of dollars of excess reserves, and their loans have declined in equal measure. Future discussions of the decline in bank lending should focus on the effects of regulation and excess reserves rather than on economic activity, which was not an important driver of lending in the post-crisis period.”

Hogan was formerly the chief economist for the U.S. Senate Committee on Banking, Housing and Urban Affairs. His primary research interests include banking regulation and monetary policy.

Kevin Price, Host of the nationally syndicated Price of Business show and editor at TDB, said “the environment for lending is actually very hostile — exactly to the factors pointed out by Hogan and other experts.  We need serious reform, the kind that gives banks incentives to go back to one of its primary functions, which is to foster investment that is profitable to its investors.  Pursuing that role also leads to the benefit of a robust economy.