INTERVIEW ON THE PRICE OF BUSINESS SHOW, MEDIA PARTNER OF THIS SITE.

On a recent Price of Business show, Host Kevin Price visited with internationally known investigative journalist Margaret Coke about her new book, “The Spymaster of Baghdad.” 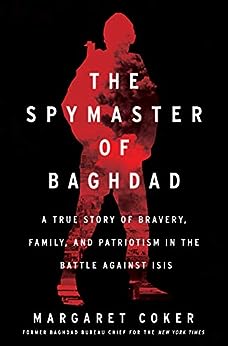 Margaret Coker is a prize-winning investigative journalist, who for the last 19 years has covered stories from 32 countries on four continents. Since the U.S. invasion of Iraq in 2003, Coker has largely focused on the Middle East, writing on corruption, counterterrorism and cyber warfare. Her stories written during the 2011 Libyan uprising over Muammar Gadhafi for The Wall Street Journal won prizes for investigative journalism and diplomatic reporting. As Turkey bureau chief for The Wall Street Journal, Coker contributed to a 2016 series that was a finalist for the Pulitzer Prize in International Reporting. Most recently, Coker was the New York Times bureau chief in Baghdad. She now is the editor-in-chief of The Current, an investigative news startup in her hometown of Savannah, Georgia.

LISTEN TO THE INTERVIEW IN ITS ENTIRETY HERE:

The Price of Business is one of the longest running shows of its kind in the country and is in markets coast to coast. The Host, Kevin Price, is a multi-award winning author, broadcast journalist, and syndicated columnist. Learn more about the show and its digital partners at www.PriceofBusiness.com (scroll down to the bottom of the page).

Using Masks and Alcoholic Gel Dispensers to Keep Covid Away